from Personnages by Roksana Vikaluk 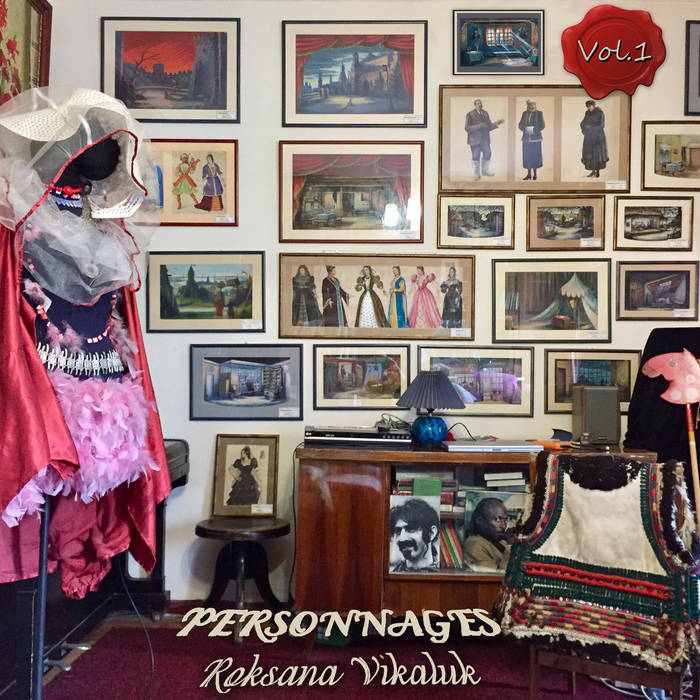 Lemko song, originated in Karpathian mountains. The idea of closer and further planes of voices, where Shout (White) singing, a traditional Ukrainian technique, intertwines with a very silent, "close" way of singing, had been maturing for a long time, untill I have finally recorded it in October 2018, Berlin.

Oh in the garden a rose has been planted,
Says the boy, that my cheeks are not rosy.
And let him talk, for I am not worried,
For whom ever shall love me, will like me.

I do not put rouge upon my face,
In the fields the sun has given me some colour,
From the front and side, I have got a tan,
And I, indeed, I am a pretty girl.

My mother rocked me in house
At the well, did she daily bathe me.
Oh she bathed me, and yet forgot to dry me,
That I'd be, fine, comely, up to my death.

Roksana Vikaluk - born in Ukraine. Lives and performs in Poland and Germany. She sings and accompanies herself on the piano, electronic instruments and drum. Composer, arranger, teacher. As an actress, she performs in Jewish Theatre, Warsaw. She is the author and co-author of music for stage plays. She has released more than 10 albums.
Collaboration with German artist and inventor Wolfram Spyra. ... more

Bandcamp Daily  your guide to the world of Bandcamp